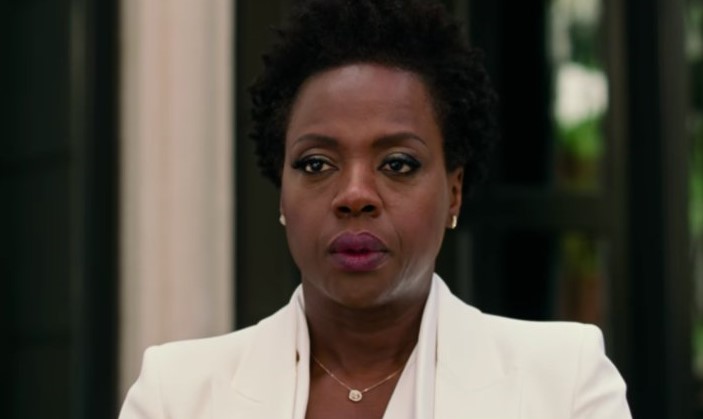 Widows are doing it for themselves

The best heist movies are made great by their focus on the players involved, and it’s that which puts Widows up there as a memorable entry into the genre. Think about Heat; what do you remember about it most? The heist itself, or De Niro and Pacino sparring verbally at a simmering truce meeting between cop and robber? I know which part stands out for me.

Steve McQueen is the kind of director who you can properly call an auteur, marking his films with personal intensity. There is plenty of that in Windows – an adaptation of Lynda La Plante’s TV show of the same name – and it’s the driving force, because as with any good heist film, the heist itself can happen in the blink of an eye, meaning you need more meat on the bone. McQueen’s fourth feature-length film is his first in which Michael Fassbender doesn’t appear, and while this one feels less of a grab for awards, it is definitely worth your time.

Viola Davis gives a robust lead performance as the wife of a prominent robber – played by Liam Neeson – who is killed on the job along with three other men. This happens shortly before local ward elections, throwing politics into the mix and bringing Davis’ Veronica Rawlins into contact with a crime boss who is in the running for power. Veronica then must assemble the other widows to tackle her late-husband’s next job in order to pay off the mobsters.

While this isn’t the first heist film fronted by a team of women, it does take the usual macho egotism out of play. Rather than taking on the heist for the thrill, the notoriety or to get one over on a rival, the widows each have more personal reasons, whether it’s simple independence, to start a business or to help them look after their children.

Starting fairly slowly – despite the way in which the initial failed heist gets interspersed with calmer moments of home life – it can take a while to truly dig into this film. It also tries to do and say lot within this one heist film – politics, race, grief, guilt, crime, violence – which stretches the patience as you yearn for focus, but I suppose that is in an effort to show you that there is more than one contributing factor for why the widows do what they do.

‘Viola Davis gives a robust lead performance as the wife of a prominent robber.’

Poverty is the theme dealt with most impressively and subtly. At one point, Colin Farrell’s born-rich politician leaves a small rally in a downtrodden and tired neighbourhood, gets in his car, and is driven mere minutes away to his own, quieter, whiter, fancier neighbourhood – all in one shot from a camera placed on the edge of the bonnet of the car, looking backwards and leaving it behind them. It really puts into perspective how small the gap is between rich and poor in actual distance, but how wide it is in lifestyles.

Another entertaining aspect of the film, aside from Viola Davis’ performance where she strives to be a strong leader but is shaken personally, are the surprises which are thrown in. Whether you see them coming or not, they help to make the story unfolding a much more enjoyable one from a character perspective. The heist, as I’ve said, is usually secondary, and there isn’t anything special about how it plays out, aside from how much intensity you feel knowing what is at stake for the women involved.

The heist isn’t laboured either; no special training is required just because they’re women. The realities of the endurance required are smartly laid bare in advance, but are quickly understood and overcome as a team.

There are plenty of scenes which feel out of place in the film, no doubt explained away by “oh, but grief…”, which could have been cut to make this a real lean beast. Also, the gangsters looking to turn their hand to politics are impactful, but feel like they’re missing something. There are scenes dedicated to how they bully and bloody their way to what they want, giving motivation for Veronica’s actions, but leaving a lot of questions as to how and why they do it (a brief explanation given by Brian Tyree Henry’s, of Atlanta fame, does little to fill in the realities of going from street gangs to political ones).

A strong contender for a spot in the top 10 films of the year, this film delivers action through character study, while adding tension through the high-stakes of non-criminals tackling a heist out of necessity as opposed to generic greed.