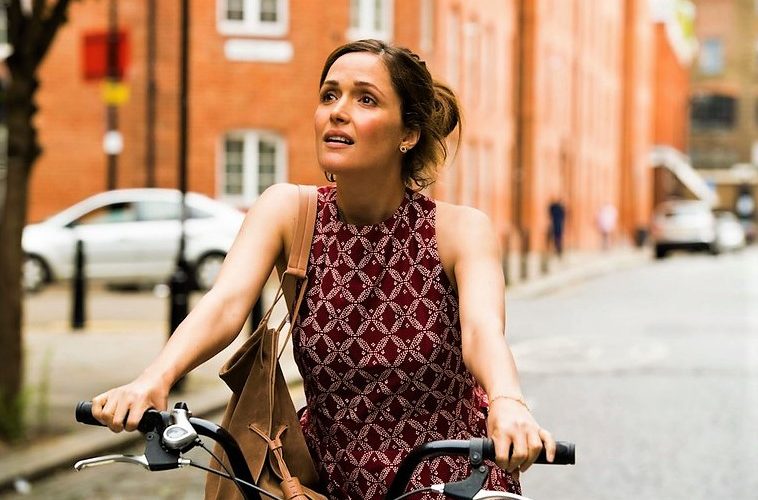 The rom-com died a death for a while, having had a good run of it in the 80s and 90s, there were exceptions of course, but it seems that the ugly, saccharine perception they once had is being reversed again to give the genre a second wind. Juliet, Naked is the latest Nick Hornby book to be adapted for the big screen and of course features a mix of romance, music-based nostalgia and a sense of being at a crossroads in life.

Rose Byrne plays, Annie, a woman who realises that she’s slipped sleepily into an adult life that she never intended, tied to a partner – played by Chris O’Dowd – who is obsessed with the musician Tucker Crowe (Ethan Hawke) more than with his own girlfriend. It’s a film which you probably shouldn’t see as a couple unless you’re both very definitely on the same page, since it asks questions of being childless, complacency in a relationship and how people grow apart.

What makes this withstandable and reasonably enjoyable to watch as a romantic comedy is that, while people do hurtful things, it doesn’t cast them in good or evil roles, they’re all simply humans on natural paths.

When Annie makes a connection with Tucker online – the star having been missing from the spotlight for decades, a source of much wonder and obsession for O’Dowd’s Duncan – and has rough demos of his famed album leaked, titled Juliet, Naked, the two try to figure out what has gone wrong in their lives and what they really want now. For Annie, it’s the realisation that, having once made the decision to live a simpler, childless life, taking on her father’s responsibilities at a seaside town somewhere not too far from London, she may have changed her mind. For Crowe, it’s the opposite, he’s lived an impulsive life and cannot figure out how to make amends with the broken bits of family he’s sired.

Now, one of the key things for a rom-com is that you have to believe in the central pairing, and while the best moments of hopeful, potential romance come via email before they’ve even met (making You’ve Got Mail seem way ahead of it’s time) they don’t really seem to have a believable spark in person. Ultimately, that feels more in keeping with real life, but don’t expect a whirlwind of passion to sink into.

The film essentially asks you if you’re living the best version of your life. Do you stick or do you twist? Both Annie and Duncan say they’re sticking, but in fact, both twist, and I think Duncan is ratherly meanly mocked for his fawning over a once poignant singer-songwriter, but makes his own case very well as he leaves a heated dinner exchange with his idol, Tucker Crowe. He explains that while the album ‘Juliet’ may not mean much to Tucker, it means a whole lot him. This is something of a theme to Hornby novels, but here it is treated with a kind of contempt, unlike in High Fidelity, which offers a more balanced look.

‘The best moments of hopeful, potential romance come via email before they’ve even met.’

Duncan is mocked for his choices, and while Annie does nothing as serious as him, she’s portrayed as being the better of the two. In reality, instead of confiding in Tucker, she might have been better having those conversations with her boyfriend – though it would probably make for a very short film in that case.

The soundtrack, featuring so heavily as a theme, is worth a mention here. A clever touch was having real, famous musicians of Tucker Crowe’s style write songs for the album Juliet and then having Ethan Hawke cover them, given his own musical leanings outside of acting. M. Ward, Conor Oberst and Ryan Adams are the chiefly recognisable musicians, lending the film some credibility in this area.

I should give a mention to Lily Brazier, who brilliantly plays Miche in the British comedy People Just Do Nothing, since she brings a lot of humour to the role of Annie’s sister, another person who seems to make impulsive decisions. Rose Byrne does a decent impression of Brazier’s accent in fact, which only serves to makes you wonder why they chose an Aussie for the role instead of a British actress. It’s baffling, but she’s not horrible, you simply tend to notice more if her accent starts to slide.

Ultimately, Annie has decisions to make, while it seems as though Tucker has already been trying to sort his life out somewhat. To call this heartwarming is probably going a step too far, but it is funny and it does try to pull on your emotional heartstrings. Some threads are left unanswered, but that’s ok, because you can’t sum these kind of things up, even if that does make the film feel less complete.

Not setting your soul ablaze, nor stealing awards for cinematography, this is just a pleasant enough film to give you nudge without sending you into a spiral of emotional self-reflection.