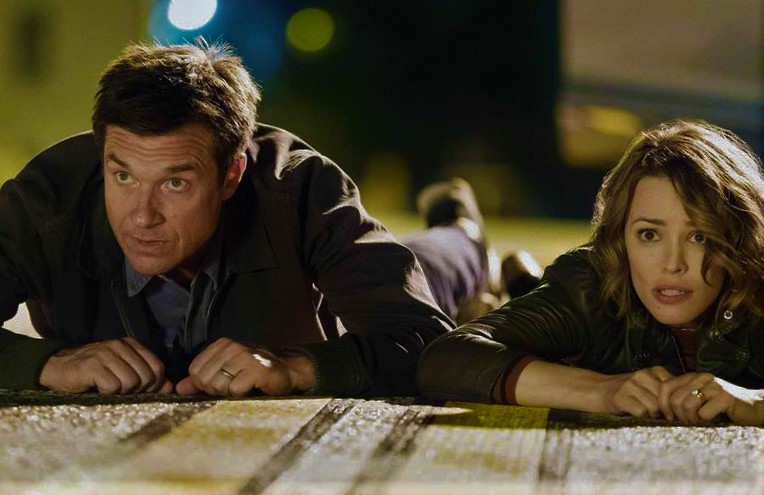 So, who wants to be the banker?

The team from Horrible Bosses return with another slightly dark comedy, in which normal adults are thrown into bizarre situations, this time with a group of friends holding a game night that goes wrong.

While the concept on paper sounds like it could be formulaic, the results are much better. The story isn’t rushed and the characters are set up nicely, with ostracised, divorcee neighbour Gary (Jesse Plemons), drawing early laughs while clutching his small, snowy white dog.

The initial two-thirds of the film are laugh-out-loud funny, the kind where you’re surprised you laughed because it’s been so long since a movie genuinely provided consistent gags. Certainly, the showing I was in had people giving out proper laughter. The mood takes a shift, however, once the game night contestants realise what’s going on, just not to the level of David Fincher’s The Game.

The subplots surrounding the rival couples don’t always land, but the characters feel real enough to be part of the main story. With Bateman doing his usual everyman routine, McAdams raises her comedic game to levels not seen since Mean Girls, and that’s partly what makes it such a worthwhile film; no one person is carrying all the story or the laughs, it’s a team effort. The jokes are at times physical, but also derive from well timed and well delivered quips.

By the time you get into the final third, you might already have guessed how things will play out, and while there are still funny moments to be had, a lot of the original, low-key energy has been traded for action-comedy caper stuff, taking the “game” element out of game night.

One thing to note about the film is the establishing shots. Using an aerial point of view lots of external location shots are given a smudgy effect for the ground, while cleaning up the characters, cars and other objects – almost as if you’re looking at a very intricate game board, with pieces available to move.

An obvious opportunity for a famous cameo is shunned for something funnier between Lamorne Morris and Kylie Bunbury’s characters, highlighting what makes this a solid comedy. Where most modern comedies often fail is in their attempt to add too many other elements into the mix, but here a simple premise is played out, and – helped by good performances all over – you don’t feel like you’ve seen the story before.

A sequel may well end up ruining this film, much like The Hangover series and any other comedy which seems to land well with an original plot the first time around, but you can enjoy this ride while it lasts at least.

This is for the generation who grew up watching Superbad, but who realise adulthood is a little duller.